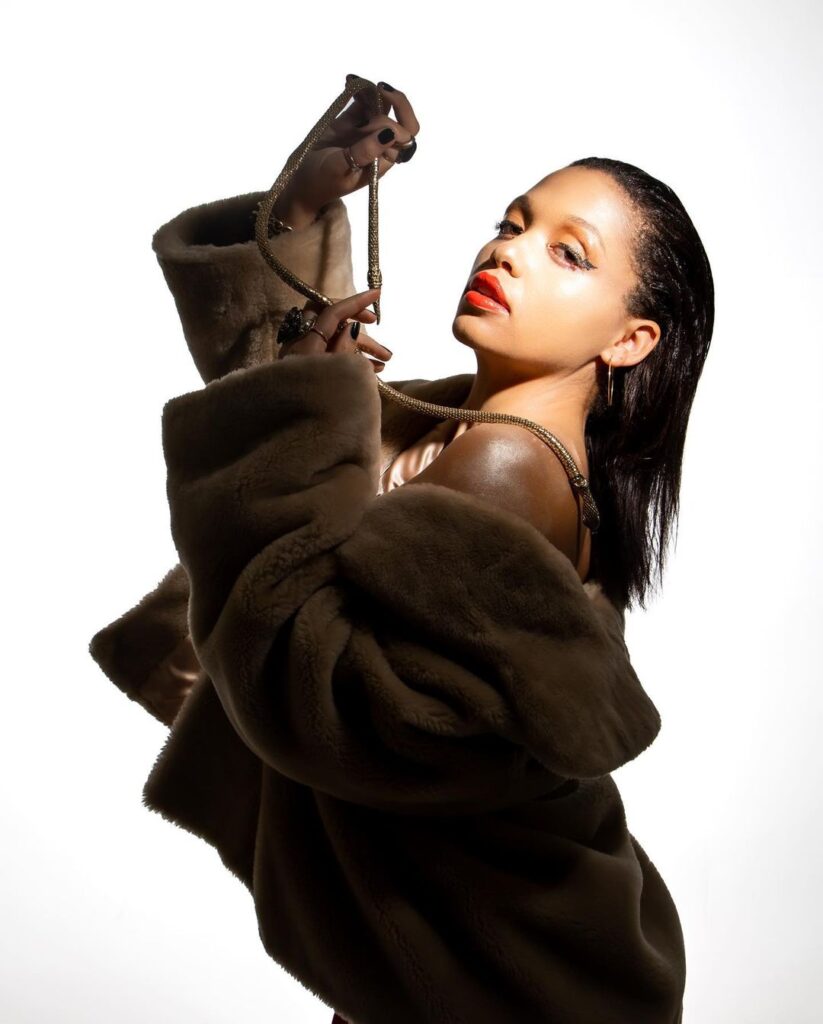 It’s a few minutes past five, and the bubbly, free-spirited and fun-loving Don Calya is slightly late for our Zoom call [LOL] . This is our first Discovr feature where we get to engage the creatives in this way, and our first lesson is about scheduling these calls. Of course, Don Calya was not going to make it on time. Apart from being the creative singer-songwriter that we know, Don Calya (real name Calya Donnelly) holds down a nine-to-five at one of the major-record labels at the time of this interview.

Don Calya’s inception is not your typical with all her experiencing of various music scenes in different countries. The creative grew up in Australia where she moved to at a young age. Young Calya was always a lover of music, and amongst many other things, she enjoyed participating in musicals throughout her primary and high school days. At 18 she was picked to represent Sydney at the iPop LA Convention, and this experience gave birth to the Don Calya that we come to see.

Turning 19, Don Cayla moved to the UK where she continued making music until she moved back to South Africa.

In SA Don Calya found herself in the same spaces with and learning from other local indie creatives of the time, the likes of: Costa Titch, Boskasie, Phantom Steeze and more. This, combined with her international experiences, gave Don Calya the edge and belief that with work ethic and passion being a successful indie artist is nothing far-fetched. 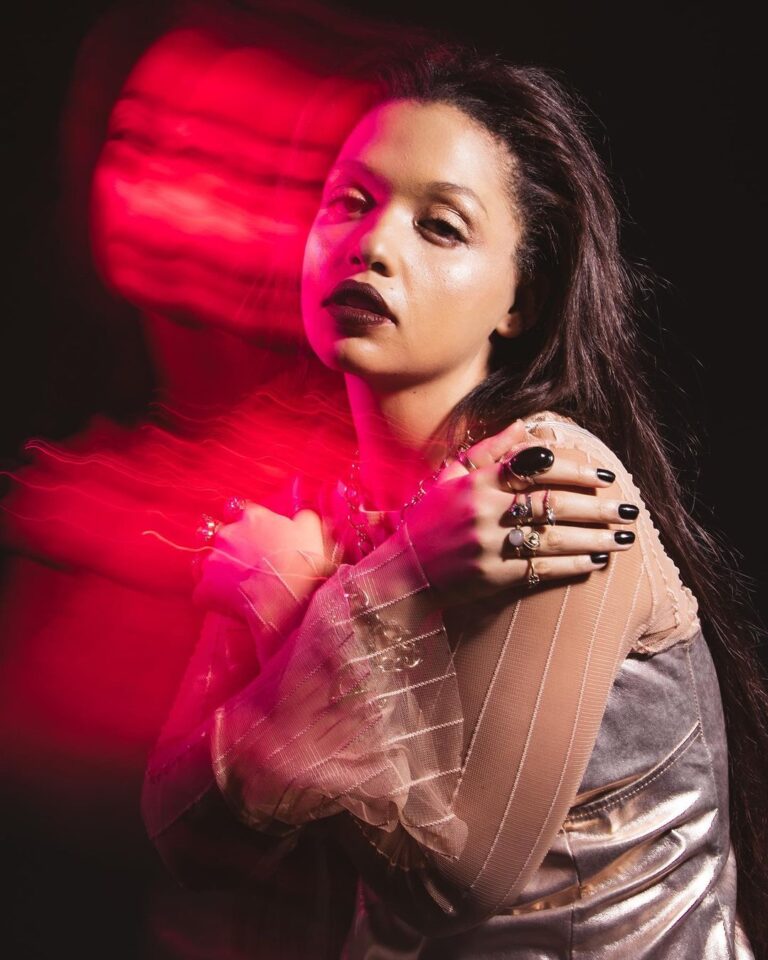 The persona that Don Calya puts out to the world is very indicative of her support structure. She is constantly working on advancing her career, even baring the worst about being a musician.

Strongly behind the creative’s career are her parents who, regardless of having no musical background, know and teach their children to get up and keep going. “Successful people fail and then try again”, says Don Calya speaking on one of many important lessons from her parents. Whereas some parents opt to discourage their children from picking a career in music, Calya’s parents do not restrict their career choices, and it is on them to excel at it.

Some industry peers have also inspired, and supported Don Calya’s music career and the creative gives them all their flowers while they can still receive them. The list can be summarized to up-and-coming and other established artists that Don Calya has met and worked with, the likes of Wolfisdead, Brandon Taylor, Boskasie, Evida, Kooldrink, Bonj and more. To institutions such as the Rise Academy, Sportscene and other colleagues who have helped her learn the production, performance, business, and the legal side of music.

“The difference between successful artists and not – is just that, they do keep going. They have the confidence to keep going and pushing” says Don Calya. The creative’s biggest fear is giving up on what she loves. She values the freedom that being a musician gives her and waking up not having that will be the worst thing to happen to her. 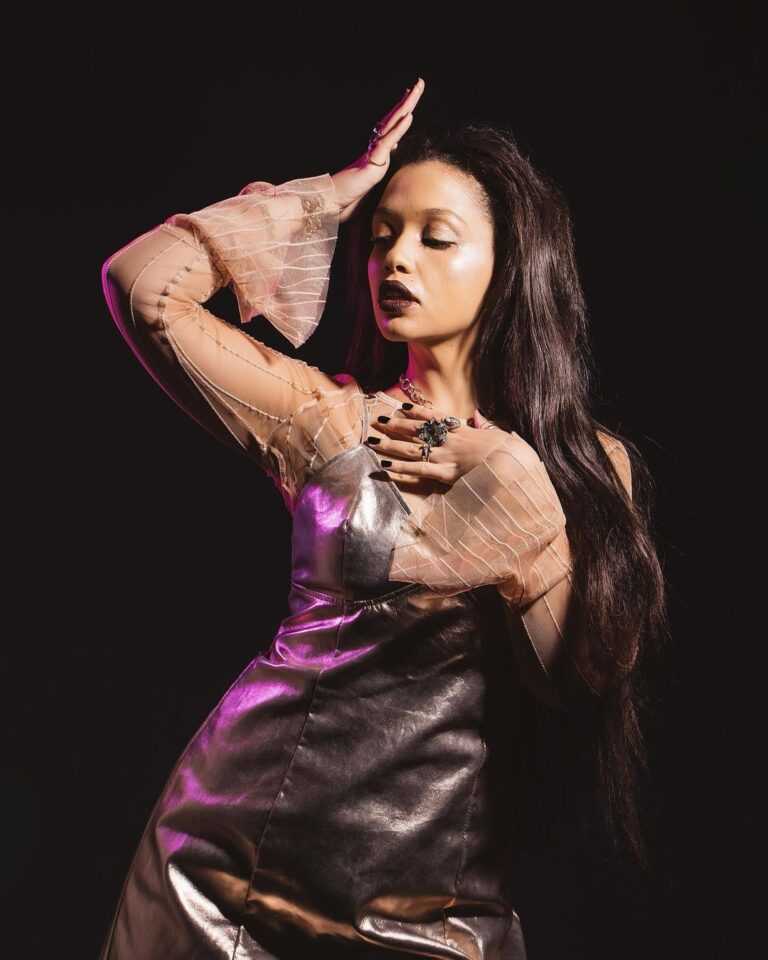 Back in grade 6 Don Calya learnt to play the trumpet. She was cool with the boys, and the boys did it – so she did it. Later it became less cool, and she ditched it in preference to the melodious guitar. “I think every artist should, even if they don’t master it, learn to play an instrument. Because … you just hear notes better and you read music better, and it teaches you discipline. Even vocally … when you are doing your vocal training,” explains Don Calya. What Don Calya loves the most about playing an instrument is the ability to hear and play those sweet melodies that will go on to entertain and evoke emotions in people.

When creating music, Don Calya likes hearing the instrumental first. “It allows me to envision the song first”, she tells us. “I visualize myself as a character, or the person in it. Even for my writing, I see like colors or themes. So, if it’s a slow song it’s dark, and grey and rain…”, continues Don Calya. Before writing, the song normally begins as a mumble, then the context of it and lyrics are fed into it. Most of the concepts in her music are drawn from emotions: like anger, love, sadness, happiness and so forth.

“And I have to have my coffee, if I don’t get my coffee you know how I get”.

Don Calya has The Weeknd and Shekinah on her radar, and she is out here sending signals. 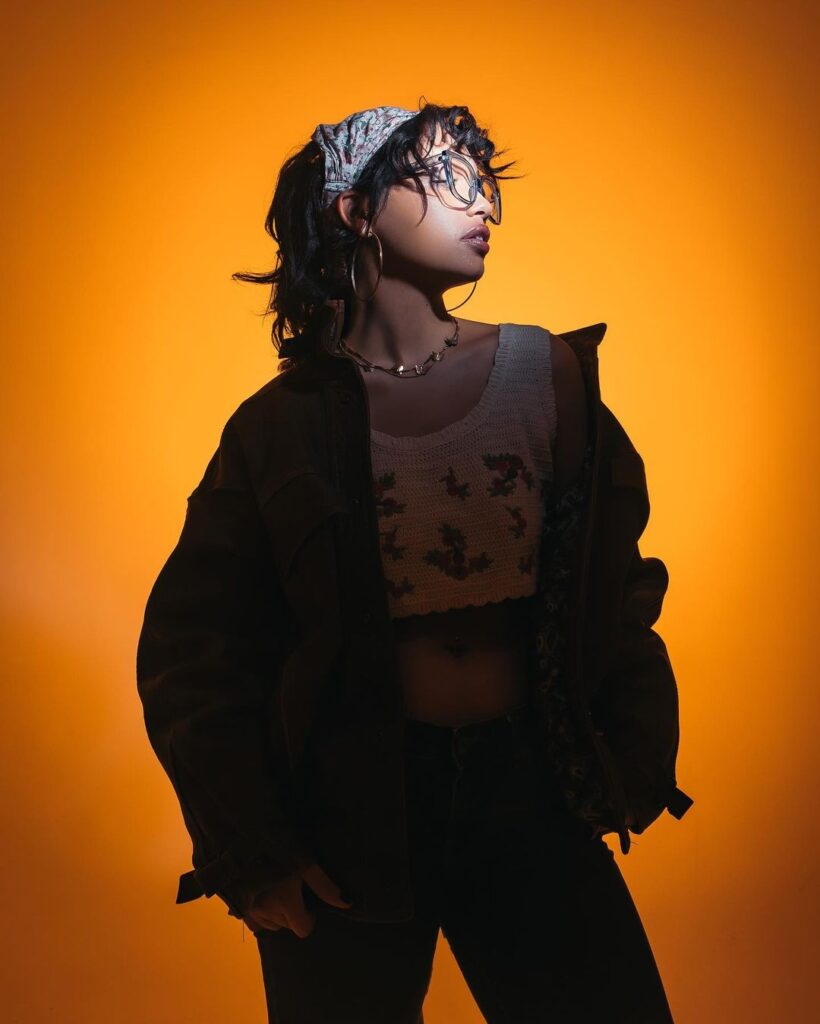 “I am telling you now, I am putting it in the universe. The Weekend and I will do, not just a song, but a whole project together. We will go on a bus, and we just go to Europe, and we are going to make music,” says Don Calya speaking on her goal to make music with the multi-award-winning international superstar.

Shekinah gave Don Calya one of the theme songs to a fond memory she keeps, returning to South Africa. “Back to the Beach, was the hit song, and just after that, just watching her…she is just a great person,” says Don Calya speaking of Shekinah. Shekinah signifies everything that Don Calya would love to be as an artist. Don Calya is mostly drawn to the singer’s humbleness and work ethic and is intentional about creating some music with her.

To date Don Calya has collaborated on music (released and unreleased) with the likes of: Trusted SLK, Witney., Evida, Breeze Zulu Bass King, Thaps and more.

Don Calya’s catalogue consists of six songs. In her early music, you can hear strong influences of synthesized UK garage, drum, and bass 2-step electronic music. Listen to the songs; Rather Be Dead and Waiting. Her catalogue also enlists songs such as Flex, Booty (Interlude), Call Me (Interlude) and the newly offered, Count on You. A tasteful mix of alternative pop, EDM and Hip Hop music.

Check Out Don Calya’s “Count On You” music video below. 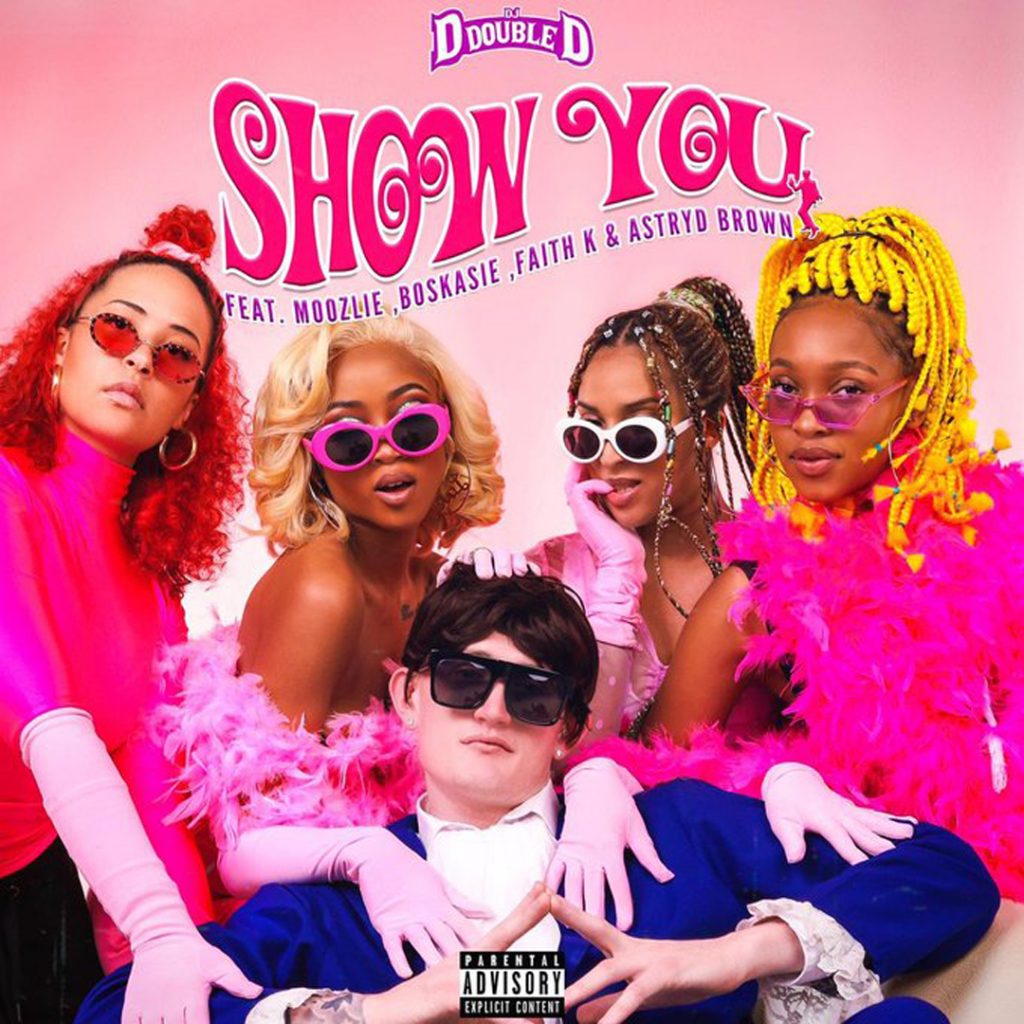 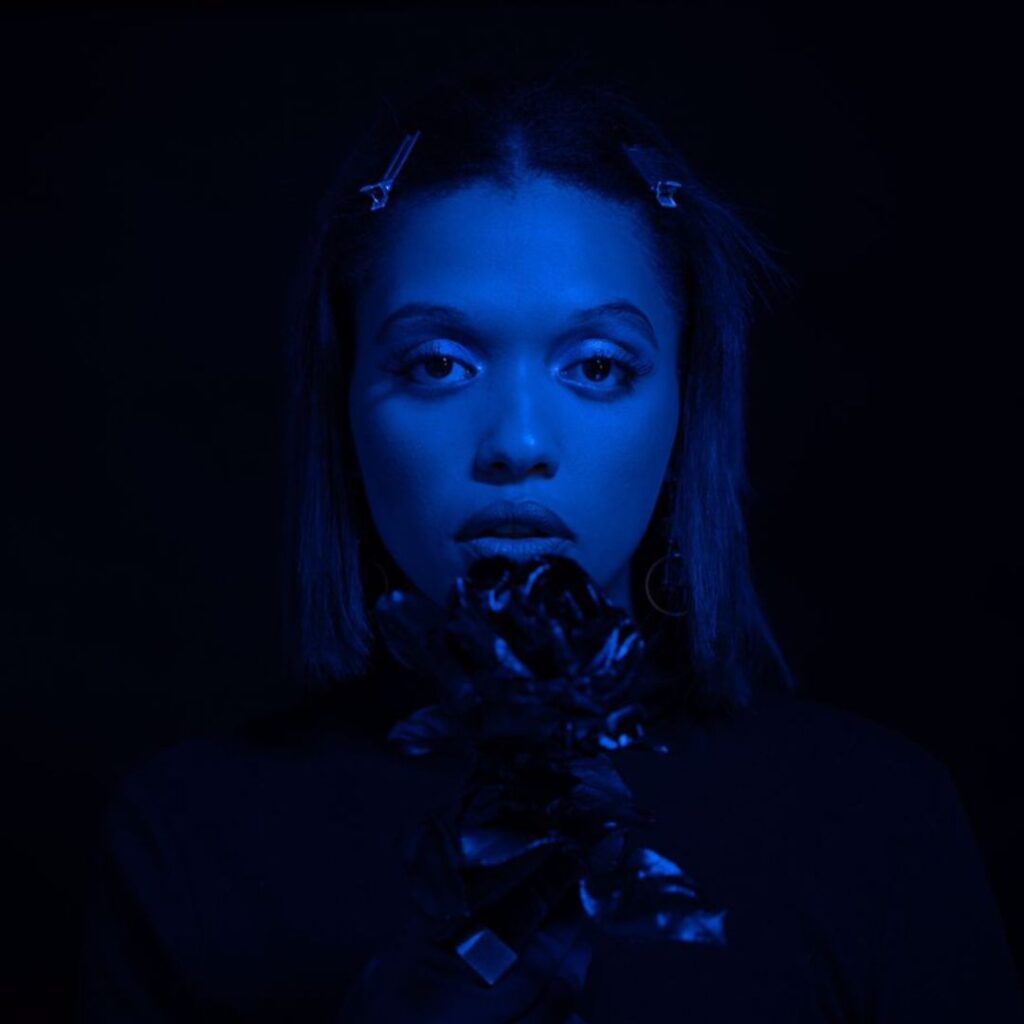